The Blackpool and Fylde Gliding Club was formed in 1950, at Blackpool Airport, (Sqires Gate). The club remained there until 1965, by which time, the airport was becoming very busy with power flying and gliding was considered incompatible.  Luckily British Aerospace provided a solution and the club moved to Samlesbury. The gliders were kept there in trailers and had to be de-rigged at the end of each day, unless permission was given to keep them in a hangar, usually alongside a Canberra, over Saturday night.

Although the arrangement at Samlesbury allowed us to continue flying, we wanted to be able to guarantee security and continued development of the club and it was important that we should have our own airfield.  It was well known by club officials that the Bowland fells would provide good soaring and they set out to find a site within gliding range of the hills. Eventually, a retiring farmer was found whose farm was in a location that gave access to South, East and Westerly hill faces - a rare opportunity!

Trial flights were made from 1967, using a portable winch and scaffolding poles to guide the winch cable over hedges.  Planning Permission was eventually obtained and in 1971 the site was purchased with the help of interest-free loans from members. The work then started.

The depressions that can still be seen on the field today, used to be hedges which were removed and the ditches which were drained and filled by members who travelled over from Samlesbury in working parties.

The club has progressed immeasurably since then to become what it is today. We all owe a lot to the elder members of the club, who gave us the foundations on which to build a first-rate gliding club. In 1993, we decided to reinforce our link with the area by changing the club’s name to reflect our geographic location - hence the present name, the Bowland Forest Gliding Club.

A Brief History of the BFGC 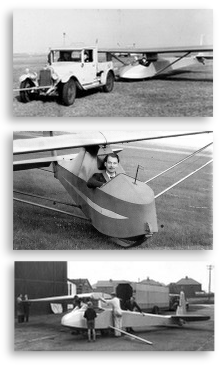 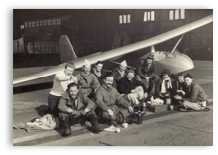 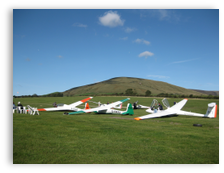 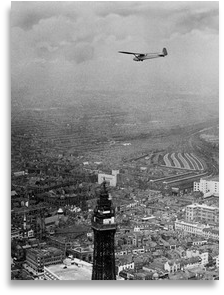 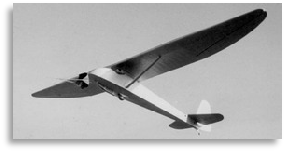 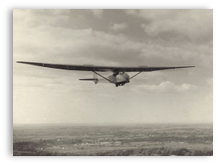